Michael Pullano joined Pullano & Siporin as an Associate in the summer of 2021. Before his arrival there, he spent five years at Cogan & Power, a personal injury and medical malpractice firm, where he also clerked during his third year of law school. Among his achievements there, Michael worked extensively with new technology tools and techniques to uncover and obtain evidence in various types of personal injury cases. For example, over several cases, he honed his skills in effectively utilizing the audit trail of a patient’s electronic medical record to help prove physician negligence.

Since joining Pullano & Siporin, Michael has played an integral role in obtaining multiple seven-figure settlements, including a $6 million settlement for a construction worker that fell through an unguarded opening on a construction site. Throughout his legal career, Michael has concentrated his practice in many areas of tort and personal injury including trucking accidents, medical malpractice actions, FELA litigation, wrongful death, defamation, and construction accidents.

Michael’s compassion for equal opportunities for all extends beyond the courtroom and into the field of education. Through a competitive selection process, he was selected as a mentor to the America Needs You Fellows Program, which is an intensive two-year program for high-achieving, first-generation college students. He volunteered for two years after graduating from law school, mentoring in the Chicago-based arm of the program devoted to college completion, career exploration and professional skills development for some of the city’s first-generation college students.

Prior to starting his legal career, Michael graduated cum laude from DePaul University College of Law. During his time in law school, Michael was named to the Dean’s List each year and received the CALI Award for the top grade in his class in Trial Advocacy. After his first year of law school, Michael worked as a law clerk for a prominent plaintiffs’ personal injury firm where he worked with many clients who suffered from catastrophic injuries. Thereafter, he took a position with the Cook County State’s Attorney’s Office as a law clerk in the Felony Trial Division. There, he gained valuable courtroom experience prosecuting several cases to verdict and arguing contested pretrial motions. 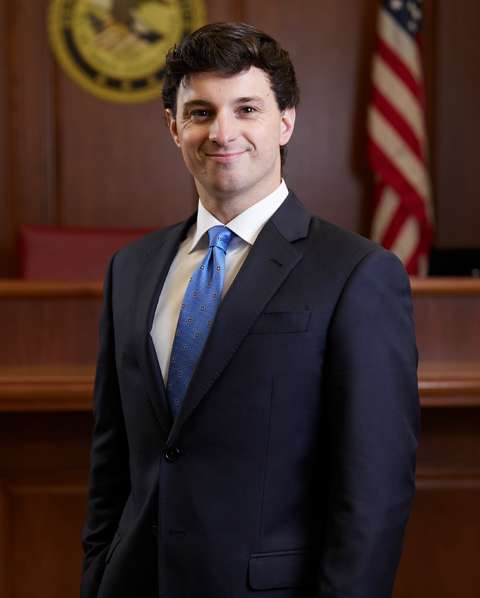