Bicycle usage is on the rise in Chicago and around America, and with that increased usage comes an increased number of accidents and injuries. According to the Illinois Department of Transportation, there was a 50% increase in dooring accidents alone just in the year 2015.  Many of these crashes are due to cars not paying attention to bicyclists that are authorized to be on the roadway.  Due to the nature of bicycle versus car crashes, the consequences can be severe and even deadly.

At Pullano & Siporin, we believe bicycle accidents are avoidable when drivers of cars and trucks realize they do not own the roadways and use proper care to look for bicycle riders. We believe victims deserve full compensation for their losses, and as such we dedicate ourselves to working tirelessly in the pursuit of this compensation for our clients.

Our legal team has decades of combined experience in bicycle accidents involving issues such as: 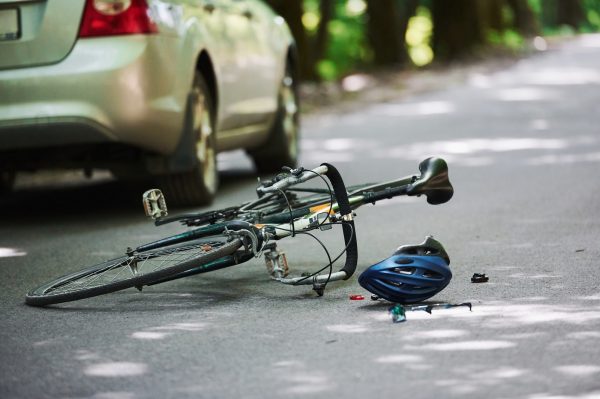 Work with a skilled attorney after suffering a bike accident injury

SCHEDULE YOUR CONSULTATION
I was doored by a careless driver on Southport Avenue in Chicago. I suffered a broken arm that caused nerve damage in my right arm as a result. I was a hair stylist and could not work because of the extent of my injury. When we hired the Pullano Law firm, I was always comforted because they spent so much time getting to know me. When we mediated the case, I could tell they were the best lawyers in the room because they explained how badly my life had been changed by this carelessness. Their expertise paid off because I was able to obtain financial compensation that ensured I would be financially secure for a long time. Thanks guys!
Bridget M.Chicago, IL
I was hit by a car while riding my bicycle. I suffered multiple injuries all over my body. When I hired Rick and Mat, they immediately started investigating the crash. They were able to find video of the crash from a local security camera that proved the driver was lying to police. I can’t thank them enough for their hard work!
Brian K.Chicago, IL
Rick and Mat did a wonderful job representing me after my car crash. They worked so hard and put on a flawless hearing. I could not be happier with my decision to hire them.
Bertha N.Glenview, IL

Should I file a police report after my bike accident??

Yes.  Even if your were injured in a “hit and run”, filing a police report after a bike crash is a good idea for several reasons. First, the report can include important information about the motorist and what occured that helps police or your attorney identify the driver later on.  It can also include valuable information about the circumstances of the crash such that an experienced bike crash lawyer can hold the driver accountable.  Second, filing the report itself is proof that a bike crash occurred that caused your injuries. Without the police report, insurance companies and defense lawyers may attempt to argue that your injuries were not caused by a bike crash at all.  Since filing a false police report is a criminal act, no reasonable person would do so if they were not tellimg the truth.

Am I at fault and unable to recover my medical bills if I was not using a helmet or was not riding in a bike lane?

No.  Just because you were not using a helmet or not riding in a designated bike lane does not give a driver the right to hit you.  This is a common defense insurance companies try to use to scare people into not hiring experienced lawyers to pursue their claim.  Insurance companies are not there to protect you. They are there to minimize how much they have to pay out.  You need someone that is dedicated to protecting you in the fight against the insurance company. That is our job.

Why should I work with the Pullano & Siporin team for my bike injury?

At Pullano Siporin, we are avid cyclists.  We want to make the roads safer for all including our fellow cyclists.  By holding wrongdoers accountable, we can help promote changed behavior and force people to look more carefully for people riding bicycles.  People will look behind them before opening their door.  People will not look for just cars, but smaller objects before entering an intersection.  Since we are cyclists, we understand the laws that impact the safety of people on bicycles and work tirelessly to hold those that violate those laws accountable when seeking full compensation on your behalf.